Hampshire Constabulary Chief Constable Olivia Pinkney QPM is joining the College of Policing on secondment as Strategic Command Course director (SCC) to oversee the leadership development programme which prepares police officers and staff for the most senior ranks.

Olivia, who is also chair of the National Police Co-ordination Committee for Local Policing, the Police Steering Committee, Cumberland Lodge, and the national chaplaincy lead for the police service, takes over the role from Metropolitan Police Assistant Commissioner Neil Basu.

She said: “I am honoured to have been invited to this role which will see me step away from my ongoing responsibilities. It has been a long-held ambition to lead the SCC, having twice immensely enjoyed being a Syndicate Director.

“I am very excited to work with the excellent College team, to build on the brilliance of Neil, and to develop an enriching, yet challenging programme for the future leaders of UK policing – the finest police service in the world.”

College CEO Andy Marsh added: “Olivia’s wealth of experience, and her dedication to policing and the communities we serve, will be an inspiration to those aspiring to the most senior roles in the service. I really look forward to working with her and know she will receive a very warm welcome from colleagues at the College, and those attending the SCC.”

The leadership course is open to police officers at superintendent and chief superintendent ranks, and staff at equivalent grades, who have shown the potential to progress further in their careers. It is a statutory requirement for officers seeking promotion to assistant chief constable and above.

Olivia began her policing career with Avon and Somerset Constabulary, and later served as assistant chief constable for the Surrey and Sussex forces, before being appointed deputy chief constable at Sussex. In 2013, she was appointed assistant inspector of constabulary with Her Majesty's Inspectorate of Constabulary and Fire & Rescue Services (HMICFRS), independently reporting on the effectiveness and efficiency of all police forces in England and Wales.

The College’s new SCC director joined Hampshire Constabulary as chief constable in April 2016 and was awarded the Queen’s Police Medal in the New Year Honours list the same year. 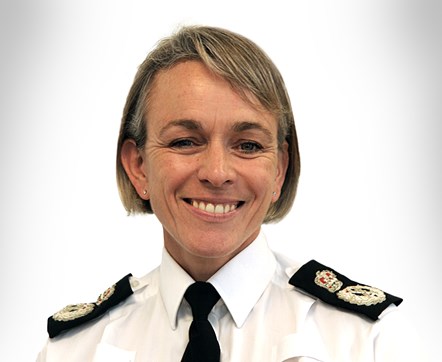